“The wheel is come full circle: I am here.”

“The prince of darkness is a gentleman.”

Ok, this makes so much sense that from now on I will be officially referring to the simple Smiley guy as the *Don’t talk out loud. You lower the IQ of the entire street.*-emoji. Who’s with me?

P.S. What’s your favourite emoji? Comment it down below!

City of stars
Are you shining just for me?
City of stars
There’s so much that I can’t see
Who knows?
I felt it from the first embrace I shared with you
That now our dreams
They’ve finally come true

City of stars
Just one thing everybody wants
There in the bars
And through the smokescreen of the crowded restaurants
It’s love
Yes, all we’re looking for is love from someone else
A rush
A glance
A touch
A dance

A look in somebody’s eyes
To light up the skies
To open the world and send it reeling
A voice that says, I’ll be here
And you’ll be alright

Think I want it to stay

City of crimes
Are you calling just for me?
City of crimes
There’s so much that I can see
Who knows? (Well I do. OBVIOUSLY)
I felt it from the first deduction I shared with you
That now all the criminals
They’ve finally been locked up

City of crimes
Just one thing a detective truly wants
There behind the bars
And through the smokescreen of the crowded police station
It’s a case
Yes, all I’m looking for is a case for me to solve
A homicide
A suicide
A forgery
A MURDER

A look into Moriarty’s eyes
To light up my skies
To open my mind palace and send it reeling
John’s voice, that says I’ll be here
And we’ll be alright

Think I want it to stay

Well… Hello there… What can I say… Welcome to the CRAY-CRAY side of the Internet.😂 I’m bored and this is what happens when I’m bored…😂

Joking aside, this is my way of congratulating the creators of La La Land for the record 14 Oscar nominations they received. BRAVO!👏 I can’t even tell you how much I love this movie!

I hope you enjoyed our (mine and Sherlock’s) rendition of City of stars. Sherlock enjoyed it. Sherlock… You enjoyed it, right?

P.S. Lets bless this post with the actual song❤️️

I’m doing it again. 😀 Obviously I can’t resist the temptation. 😀 But it’s relevant I promise!

So last week I shared with you my favourite part from The Lying Detective (BBC’s Sherlock, Series 4, Episode 2), namely Sherlock reciting Henry V’s speech “Once more unto the breach, dear friends, once more”. You can check my post here.

Quite recently I became a proud Tumblr-er (is that a word?!) so I guess I could safely say that Sherlock reciting Shakespeare is my new aesthetic.😂 Do you know what’s the most precious definition of the word aesthetic? According to Urban Dictionary it is “something that tumblr weirdos say way too often and use it for every damn thing under the sun. A generally annoying word”. *lol, I laughed more than I should have*😂

So, in order to please my aesthetic, today I will be drawing your attention towards the first episode of series 4 of Sherlock – The Six Thatchers and that’s because we can find another Shakespeare quotation there. *yay* The scene goes:

(GIFS from theabbeygrange on Tumblr)

So… “By the pricking of my thumbs…” – this is a quote from William Shakespeare’s Macbeth. Just a quick revision of this particular Shakespeare play:

A brave Scottish general named Macbeth receives a prophecy from a trio of witches that one day he will become King of Scotland. Consumed by ambition and spurred to action by his wife, Macbeth murders King Duncan and takes the Scottish throne for himself. He is then wracked with guilt and paranoia. Forced to commit more and more murders to protect himself from enmity and suspicion, he soon becomes a tyrannical ruler. The bloodbath and consequent civil war swiftly take Macbeth and Lady Macbeth into the realms of madness and death.

The line “By the pricking of my thumbs…” followed by “Something wicked this way comes…” occurs after the witches have finished brewing their potion and is referring to the coming of Macbeth to their heath, when he comes to find out more about his prophecy. Premonitions, intuitions, that kind of stuff… 😀

They used the quote very clever in The Six Thatchers as a way to show us a different side of Sherlock – one that takes into account feelings and intuition in addition to the cold logic we so often consider to be all that Sherlock Holmes is made of. So, whether you like it or not it seems that Sherlock gets a funny feeling every now and then. 😀

Adieu my dear friends! Hope you enjoyed this post! Is Sherlock X Shakespeare your aesthetic, too?😂 Let me know in the comments below! 😉 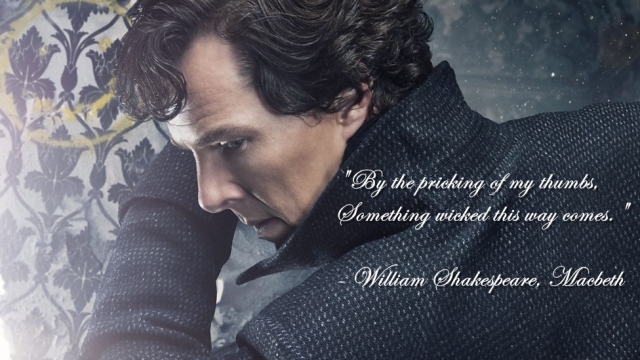 “By the pricking of my thumbs, Something wicked this way comes.” ― William Shakespeare, Macbeth 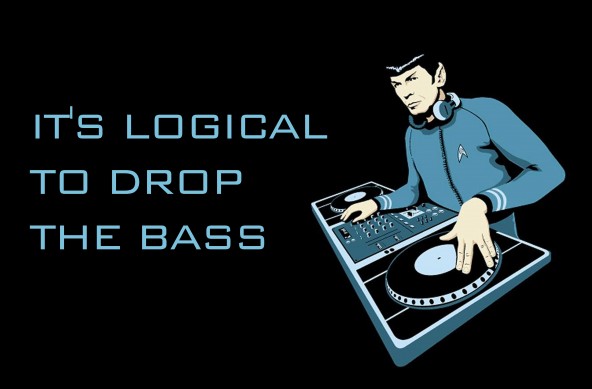 "The world is full of obvious things which nobody by any chance ever observes."